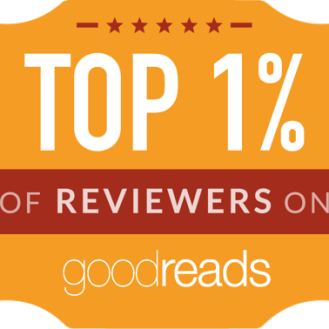 Frostblood by Elly Blake
My rating: 2 of 5 stars

**Thank you to Little, Brown Books for Young Readers for providing me a digital ARC of this novel vial Netgalley for the purposes of review**

This is painful for me to write. I’ll be honest: I didn’t go into this book with particularly high expectations…but I at least expected to be entertained in some way. Unfortunately this book has numerous issues which kept me from liking it.

That is to say there aren’t some good things. There are, at the very least, two moments that stand out in my mind as actually being a positive reading eperience (of sorts) and allowing this book to get more than a one-star rating.

The first is a lore-dump via a storyteller who lays down the foundation for what is, essentially, the “creation myth” of this world. Normally I’m not a fan of lore-dumps, but when they’re mythological in content, I’m usually a little more interested and, in the case of this book, was desperate for anything within this novel that might, in some way, illuminate what this novel was supposed to be about.

And while I enjoyed seeing the Four Winds as characters, I was admittedly curious as to why the Greek name of Eurus was used for the East Wind, and yet the North is represented by Fors (no mythology), the South by Sud (French word for “south” and similar to Sudri, one of the dwarves of the dvärgar in Norse mythology), and the West by Cirrus (no mythology, but a type of cloud). If I weren’t a student of Classical myth, would I have noticed this? Probably not, but as someone who is overly-familiar with this topic, it’s frustrating to see the names thrown in there like some kind of mythology soup. I think it would have been better if Blake had either (a) stuck completely to one particular mythological naming-scheme and reference base, or (b) just not used Eurus as the name for her East Wind god.

Secondly, there is a moment in which Ruby burns another character, Brother Arcos, and he responds with unreserved anger, and yet control. It was a standout moment, for me, in that revealed a good deal about Brother Arcos as a character: here’s a man who has been (literally) burned by someone of the same talent as the protagonist, and so his hatred towards her is steeped in past trauma and an admittedly kind of clunky parallel to simple prejudice. Yes, this novel — as are many novels with plotlines similar to this — is essentially about prejudice, but this moment higlights it best. Brother Arcos was hurt by a Fireblood, and so he projects the pain, hate, and rage related to the trauma of that incident onto Ruby just because she is a Fireblood.

It’s a good moment, but the potential in that moment is never truly seized upon in a meaningful way.

Outside of those two brief moments, there is nothing else I can say I enjoyed about this novel. It took far too long for its plot to show up, and by the time it did, I was fed up with everything about it. There’s nothing particularly original or unique offered in Frostblood, unless the following books in this series suddenly dive deep into the lore and turn this into some novel about warring wind gods — now there’s a book that would definitely pique my curiosity — but I have a sneaking suspicion this is going to be your average “Let’s topple the system” YA fantastical dystopia.

Overall, I know plenty of people who will likely enjoy this novel, but it wasn’t for me.